Unlike poems, novels tell their stories using prose. They’re not like short stories either. Novels have a lengthy narrative and not a brief section. They tell you stories about specific experiences of the characters involved that happen over a considerable period of time. The length, prose style, fictional or semi-fictional subject matter are the features that define a novel.

There are certain other features as well, which set the novels apart from the other forms of literature. You’ll come across various styles in novels, as every author may specialize in a particular genre. The author might also have a unique way of expressing things. So, let’s take a look at the major types of novels that the readers need to know:

The Sherlock Holmes novels by Sir Arthur Conan Doyle are some of the best examples of mystery novels. They usually revolve around a crime, which is often a murder. Certain missing pieces about the crime need to be solved. According to the traditional format, this is done either by an amateur or a professional detective.

If the novel is not in accordance with the traditional format, the protagonist solves the mystery. As the story progresses, the detective or the protagonist takes the help of clues, which also include false leads. The best selling mystery novel in the world is Agatha Christie’s And Then There Were None.

One can consider the works of Jules Verne as the early form of science fiction. There’s a thin line between science fiction and fantasy novels. However, science fiction generally generally imagines a different kind of world because of a possible technological evolution. The basis for imagination of a world in fantasy is magic.

Nevertheless, these two genres of novels are among the most popular products of fiction. Some of the widely read novels in Western literature are fantasy novels. They include The Lord of the Rings and the Harry Potter series. The genre of contemporary science fiction is also extremely popular among the readers.

The defining feature of such novels is that they’re designed to induce a sense of fear in the reader. Along with fear these novels also create a lot of suspense. The Count of Monte Cristo and Heart of Darkness can be considered the early versions of the genre.

The novels of Stephen King are the more contemporary examples of horror or thriller novels. Thriller novels use a combination of other genres such as mystery or science fiction occasionally.

Today, the romance novels focus more on telling a story of romantic or sexual love between the main characters. Despite this, the romance novels of the present day have many things in common with the good old romances. Some of them are the goal of the romantic love, the intense emotions, and the occasional scandal.

The romance novels of today follow some highly specific structures. They usually seek an optimistic or a happy resolution. In the United States, romance novels are currently the most popular genre. 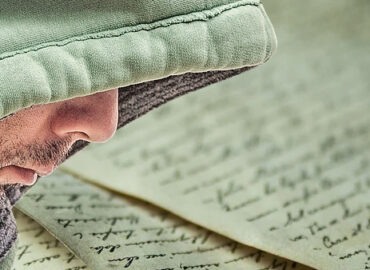 4 Key Characters You Would Find in Novels